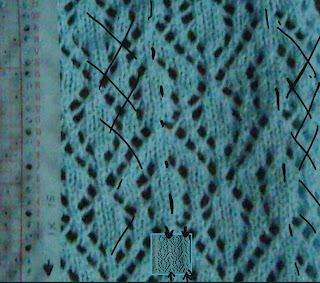 Working out where to put the selected part of the card into the position on the garment. 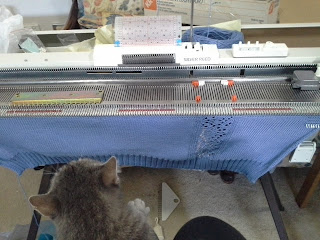 Position of the card in relation to the needles on the bed. Marks on the card reader 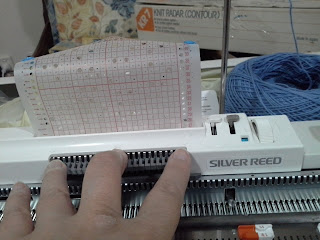 Correspond to marks on the needle bed 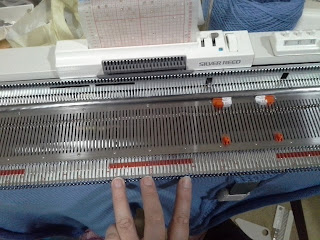 Then all I had to do was work out which parts of the card, it could be anything from .. say 6 to 24sts or more so it repeats .. say in the centre, all depending on the required design and where it is placed in the project. On this project, I used L1 to R12 and positioned the piece 6 needles off centre - L86, R74 instead of L80, R80, so the motif and gutter stitches were where I wanted them - this time on the right. Maybe next time a centre piece, or on the left, or without a gutter, it certainly works well.

Carriage - on the LC exactly as usual plus the magic cams screwed on the sides, levers back 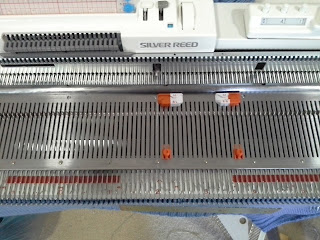 Back bed - put the magic orange/white markers on - L on the left, the white side is included in the knitting pattern the orange side is exactly what the little orange markers usually do, R on the right, here are all the settings and add ons when in work. 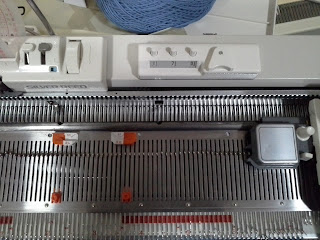 Bed -Orange markers on the front of the bed are unnecessary to the function, but I left them there so I could easily identify the needles I was dropping and latching back the 2 sts relatched gutter. 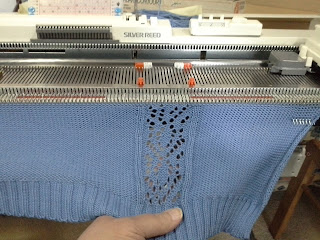 Yes, good help is so hard to find these days.